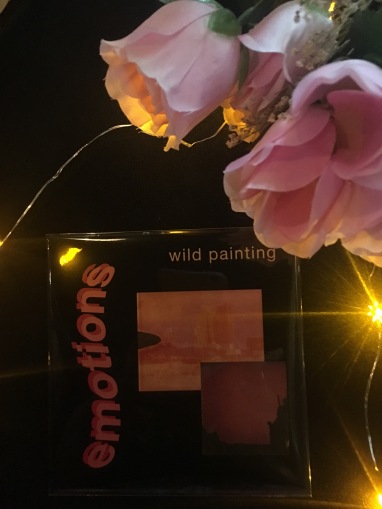 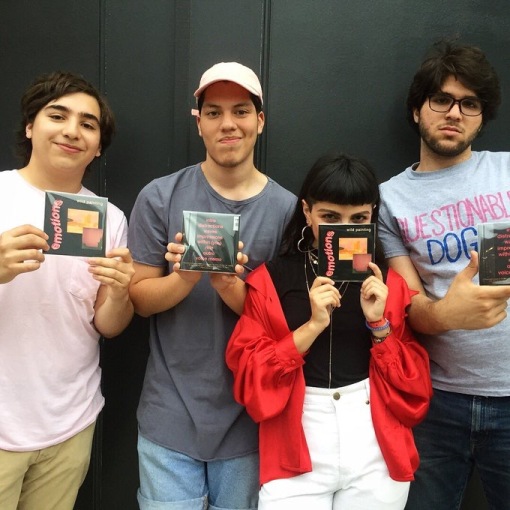 This past Saturday, July 22nd, at the ZUMIX firehouse, Wild Painting had their first album release party for their new album, Emotions! Wild Painting is a group made up of ZUMIX youth and who has spent the last few months working with ZUMIX staff such as Dan Fox and recording in the ZUMIX studio to put together their album. Emotions features 8 tracks and includes upbeat songs such as “Within (You)” as well as more chill, deep songs like “Distractions”.

The vibe at the party was very relaxed and calm, with low light, softer music, and twinkly lights around the stage and the tables. There was pizza and dessert, as well as disposable cameras that could passed around for everyone to take pictures on. They were selling CDs, as well as some art from local artists. 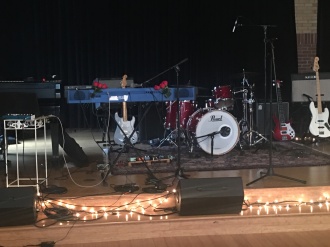 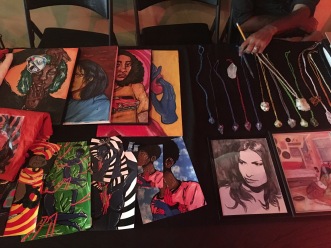 To start the night, the bands Tribe Sweat and Mint Green performed, hyping the audience for Wild Painting’s set. By the time the band was ready to perform, the crowd had grown quite large, with excitement and anticipation in the atmosphere. When the band did come on, they were welcomed warmly by the crowd – all there to support Wild Painting and congratulate them on their milestone. 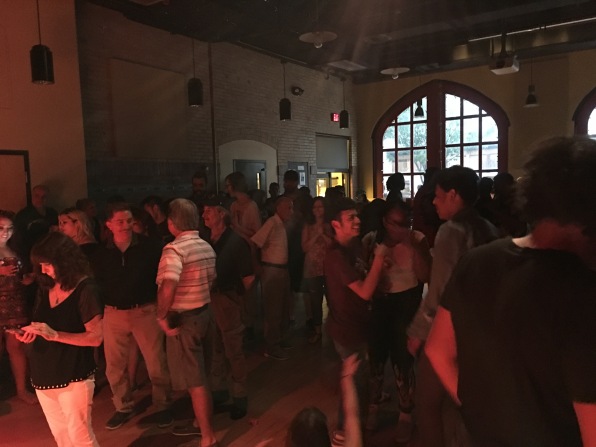 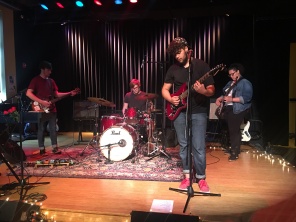 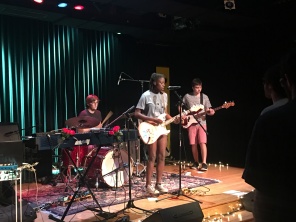 Half way through the set, there were some technical difficulties, but Wild Painting took them in stride and opened the mic up to the audience to tell some jokes while the difficulties were fixed. Even the bassist, Juan Gutierrez, joined in and told a joke. 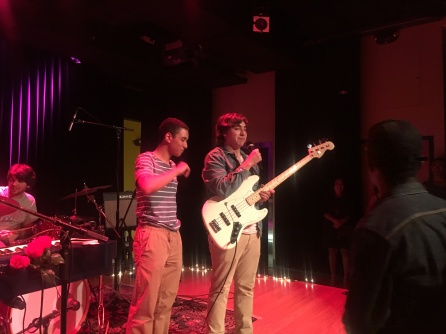 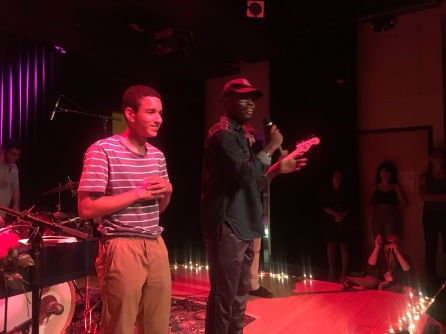 The band’s set was a mix of originals from their album and covers, such as “Love Me” from The 1975; for some of the songs, it was the first time the band had performed them live. They even brought in another ZUMIX youth, Project Method’s Dawry Ruiz, to perform a song with them as a surprise for the audience. 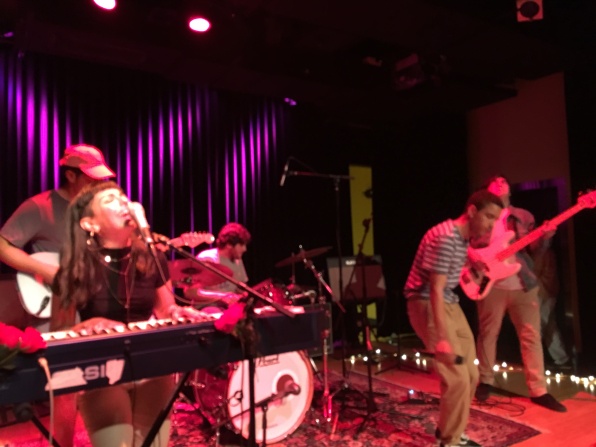 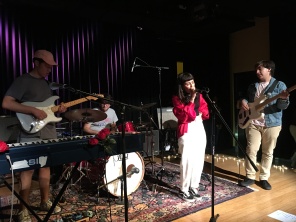 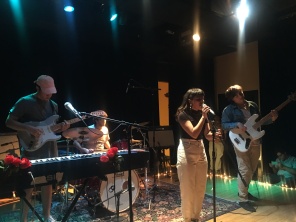 They ended the night with a dance party on stage, a Stranger Things theme song remix, many thank you’s – including ZUMIX staff, their parents, and their friends – and by signing CDs. 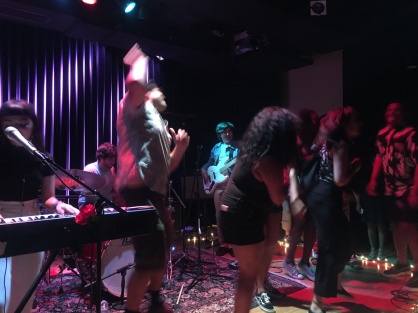 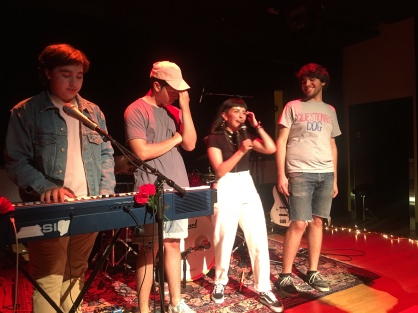 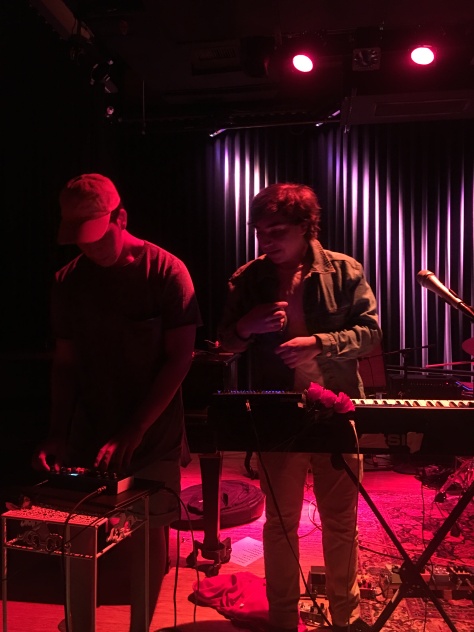 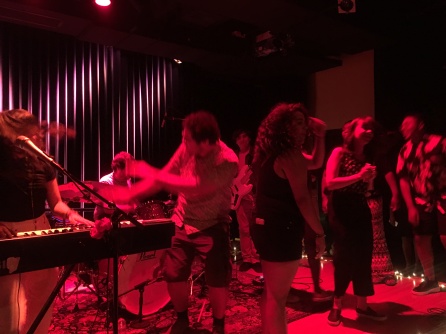 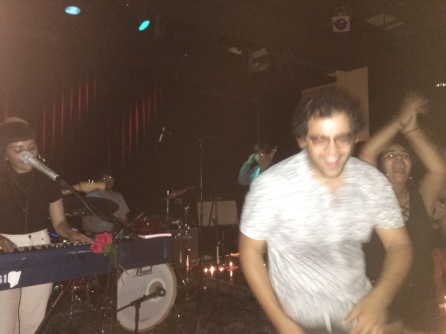 Now that Emotions is out, I’m sure we’ll be hearing more about Wild Painting in the very near future! Listen to and download Emotions here: http://www.nimbitmusic.com/zumix/

Wild Painting will be performing at The Hatch Shell on August 9th.

View all posts by ZUMIX

ZUMIX is a youth arts non-profit in East Boston. Since 1991, ZUMIX has provided free after school and summer enrichment programs for youth in the Greater Boston area.